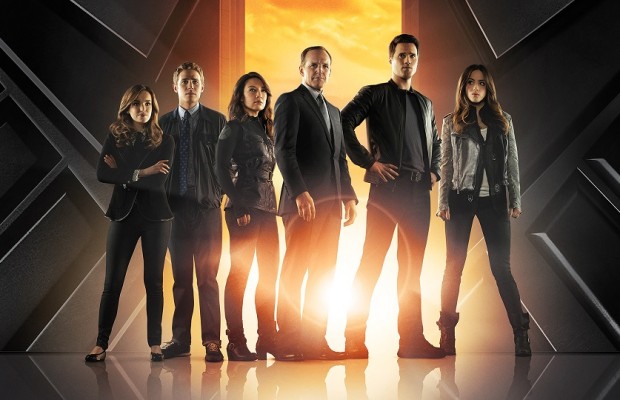 Last night saw the UK premiere of the Marvel’s Agents of SHIELD season 2 finale. I’ve loved Joss Whedon’s work for a long time – from Buffy to Dollhouse to Firefly – and have been a fan of SHIELD since it first aired. Over the course of its current two-year run (it’s just been renewed for a third), it has gone from strength to plot-twisting strength. As such, it was with more than a little excitement – and trepidation (this show is not afraid to kill off major characters). As it was shown in the US a month earlier, I’d had to go Twitter-dark on the cast and had somehow managed to remain pretty much spoiler free, which also added to the excitement-trepidation next.

The short answer to what I thought of it is that it was magnificent; an hour-long, wonderfully-angsty emotional rollercoaster full of action, twists and shocks, that left me thinking about it long after the credits had rolled and desperate for season 3.

Chloe Bennet (aka Skye), summed it up well;

I’d like to say more but, before I do, I must give a mahoosive spoiler warning. If you are not up to date with SHIELD, read on at your peril. 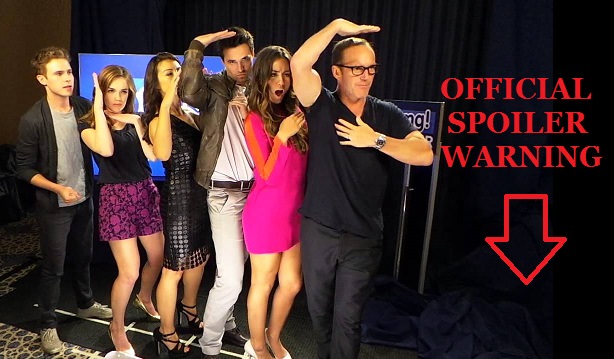 Okay, here we go. Some reactions/thoughts/musings, in no particular order:

Skye/Cal/Jiaying
This whole thing broke my heart. The penultimate episode’s twist (which I really didn’t see coming), to make Jiaying the real ‘monster’ all along was a brilliant. To clarify, I didn’t like it – because of the whole aforementioned heartbreaking thing – but it is was a fantastic piece of writing. So, while we got to see the redemption, at least in part, of Cal, Jiaying’s fall was complete and utterly tragic – especially given all she’d suffered in the past to make her that way. The scenes between Skye and her mom in episode 2×17 had been some of my favourite this season (I may have done a couple – several – repeat watches of that). They felt like such a payoff for Skye after searching for her parents for so long. While the later events may not completely erase the sentiment of this reunion – I do think Jiaying’s emotions here were real – it does kind of put a negative spin on it when she later tries to kill her because she won’t go along with her plan. And the conclusion of it all, where Cal kills Jiaying to save Skye from having to do it? Wow, I mean, wow. Emotions Through The Wringer. This arc has just been full of great twists, so well executed (pun not really intended – too soon). And thosee final scenes between Skye and Cal… Genius. Emotionally manipulative genius. *Sob.*

Agent Skye/May
On that note, the end of this season – and especially the finale – really cemented Skye’s status as a badass SHIELD agent. Taking on five ‘ginger ninja’ clones without her powers and holding her own? Perhaps, more May’s daughter than Jiaying’s in reality. I’ve loved the May/Skye arc this season, and their little reconciliation this ep was so well done (all the feels again).

Skye/Ward
I have shipped these guys from the beginning, but (and I can’t believe I’m saying this) I’m just not sure it’s going to happen any more – and I’m not sure it would be true to character if it did. I thought maybe there was room for some Ward redemption this season, but the direction he’s taking with HYDRA… it’s not looking good for the future of Skye/Ward. *Another sob.* It will be interesting to see where they take him in general, though. Is he being set up as next season’s Big Bad (and how will MCU impact this, given all the HYDRA crossover?), or is it going to be more Inhumans, possibly created by taking the wrong, crystal-infected fish oil tablets (hate it when that happens)? 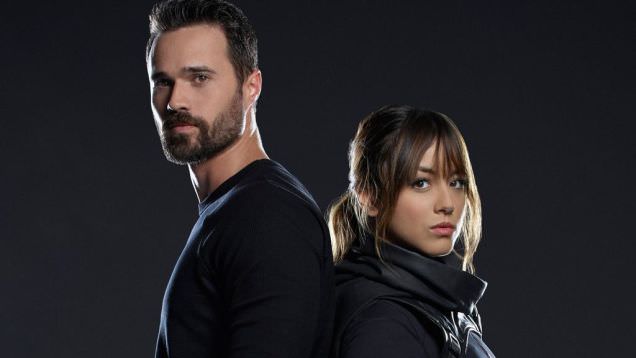 Bobbi/Hunter
I spent much of the first half of the finale saying, ‘please don’t let Hunter die’ over and over, and the second half repeating, ‘they can’t kill Bobbi, they can’t, please!’. These guys no longer feel like new characters to me. Well rounded, full of complications and angsty backstory – I love them. Remains to be seen what Bobbi meant by the ‘I can’t do this any more’ statement at the end – there have been rumblings of these two getting their own spin off – but I, for one, hope they stay with SHIELD a while longer.

Coulson
What can you say? Guy’s a legend. Sad he can’t drive Lola any more 🙁 Well, until Tony Stark makes him an Iron Man arm.

Fitzsimmons!
Now, I’m going to say straight up that I LOVE these guys, have done from the very start. They are adorkable – and I don’t care that that word is slightly ridiculous, it’s absolutely true. I love how they have grown, both individually and apart, how they have become more confident in the field and really come into their own. I mean, Fitz with his whole ‘I’ll get the job done’ speech’ – it is one thing to go charging into battle with the Inhumans if you’re an awesome ninja like May, it’s another to do so with the same courage if you’re really a nervous physicist who’s just had some fight training. Fitz must also get special mention for being responsible for the best line of the episode – ‘Science, biatch’. Here it is again, just because.

So, we come to THAT final scene. Fitz finally asked Simmons out – and it was both adorkable (yes, still) and heart-warmingly hilarious, and everything we had always dreamed of it being – and then Simmons got swallowed by a terrifying puddle of black Kree goo. 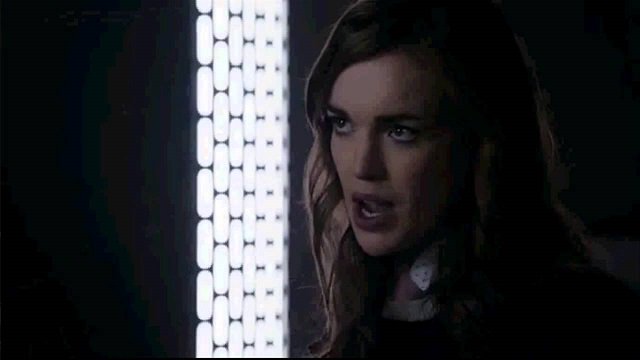 Yes, she who had once uttered the immortal line, ‘You certainly have a gorgeous head, don’t you?‘ to Agent Sitwell, was possibly no more.

You could tell something was coming. The season couldn’t end on a happy-ish, kind of resolved note. There had to be some hideous cliffhanger to leave us wallowed in tension for the next four months. And it delivered. Having spent the episode thinking numerous characters who they just wouldn’t kill off were going to die, I sat there at the end repeating variations on, ‘Simmons can’t be dead. No. Did she just die? They can’t have killed Simmons!’ I tried to console myself with the knowledge that, as this is sci-fi show, being swallowed by black goo does not necessarily mean instant death – and death does not always mean permanent death in the Marvel Cinematic Universe (ahem, Coulson). Still, it wasn’t until I found this interview with Elizabeth Henstridge (who plays Simmons), confirming that she has signed on for season 3, that I started to feel a little better. Tough times ahead for the Fitzsimmons, though, I suspect. I’m wondering if she’s going to develop some kind of anti-Inhuman powers… Maybe she could end up the season’s Big Bad???

Well, we shall have to wait until September (or likely October in the UK) to find out. Until then, thank you genius Whedon-clan-and-affiliated-folk for a supremely awesome show, that is just getting better and better. I hold my lanyard at the ready for season 3.

Today is the last day you can read Echoes for just 99p on Kindle! (Offer ends midnight.)