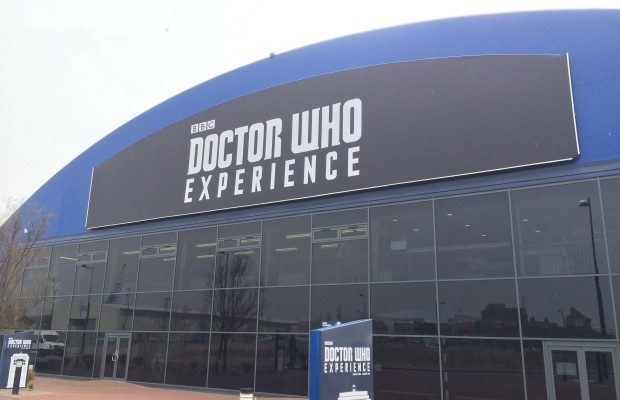 Recently, two friends and I went away for the weekend, the first day of which just happened to include popping into the Doctor Who Experience in Cardiff. I’d never been before and, as a slightly mahoosive, sonic-screwdriver-owning fan of the show, this was a source of much anticipation and joy to me. I even put on my Gallifrey University T-shirt especially for the occasion (it was always going to be a ridiculously nerdy day so I figured I might as well embrace it fully). So, did it live up to expectations…?

The day began well. We arrived in good wibbly-wobbly-timey-wimey, booked our tickets for an early afternoon tour and I got so excited at the sight of the Tardis in the foyer that a complete stranger openly laughed at me. 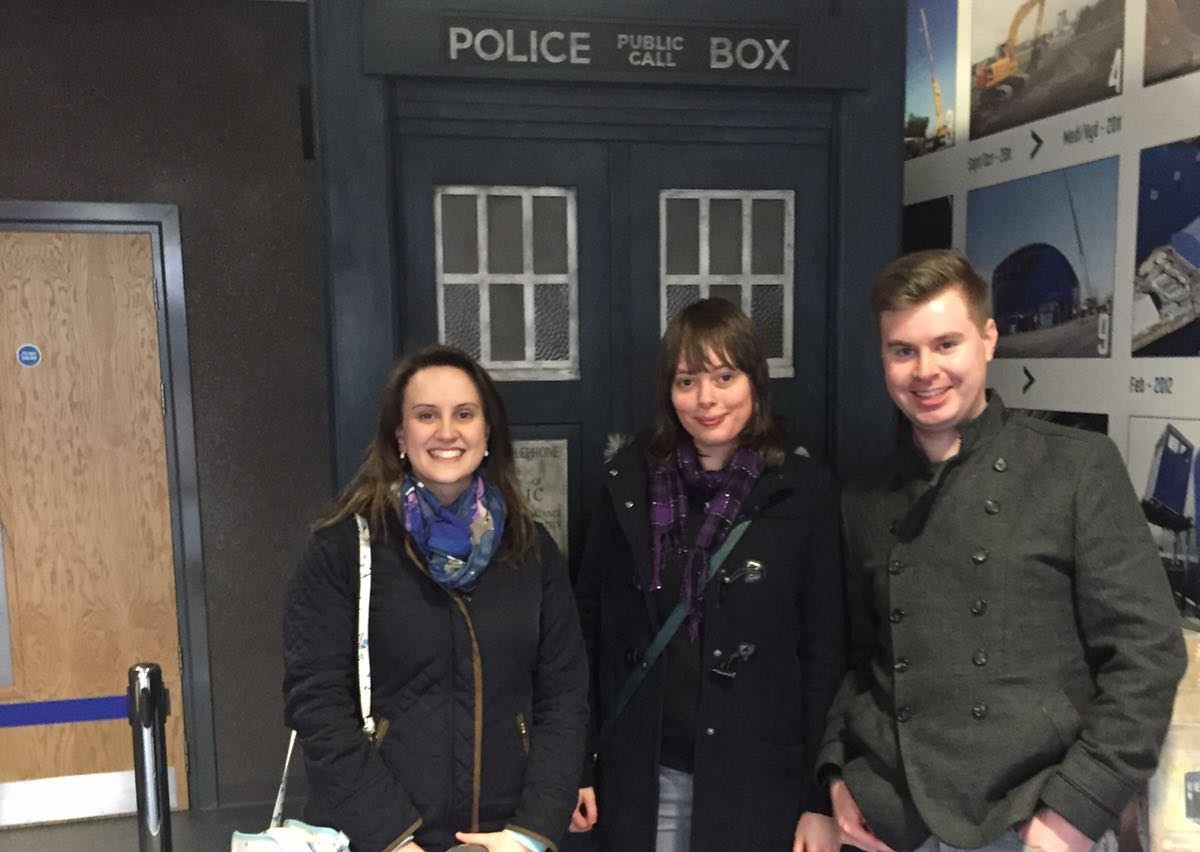 We then headed out to eat lunch at Eddie’s Diner, where parts of ‘The Impossible Astronaut’ and the final Doctor/Clara scenes from ‘Hell Bent’ were filmed. On the way, we detoured via Ianto’s Wall; a mass of public tributes to the fallen Torchwood hero – and a remarkable testament to how much good characters can move people. The excitement was then hiked up a further notch by walking past what I’m fairly certain was actually Russell T Davis himself, seated at a café by the diner. As a proud introvert, I played it cool and didn’t say hello, obviously, but I can assure you there was quite a bit of internal squee-ing.

Y’know that scene from ‘Hell Bent’ when The Doctor tells Clara (disguised as a waitress) that doesn’t remember what Clara (who he’s supposed to have forgotten) looks like but that he’d know her if he saw her and she gets those unshed tears in her eyes and it’s SUPER EMOTIONAL? I stood in that very spot. And, oh my goodness, the feels. I then ate chips sitting across from that very spot, and then walked through the door to where Clara exits to her waiting Tardis afterwards. 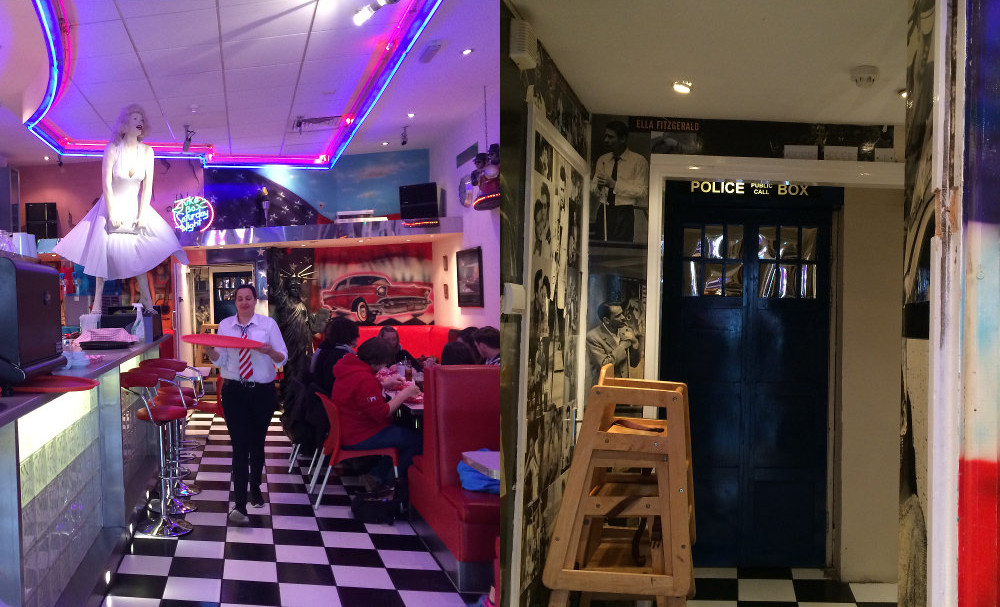 Slightly less classy when you realise it’s next to the toilets, but still; NERDVANA. And we still hadn’t even gone into the Experience itself. So, onto said Experience.

All I can say about the first part is that it began with an interactive Cool Thing. It shall be referred to here in no more detail than that to avoid spoilers should you have yet to experience the Experience yourself – but safe to say that it was awesome. Also, due to the lack of little young folk on our particular tour, I maaaay have gotten to participate in a role usually reserved for any children present. WIN.

After the Cool Thing, came the exhibition part. This was effectively a mini tour around various sets and costume/prop exhibits from the show. There were numerous magnificent parts to this, but here are a few highlights…

1.  You get to walk around the Tardis set formerly belonging to one David Tennant. This was VERY EXCITING. 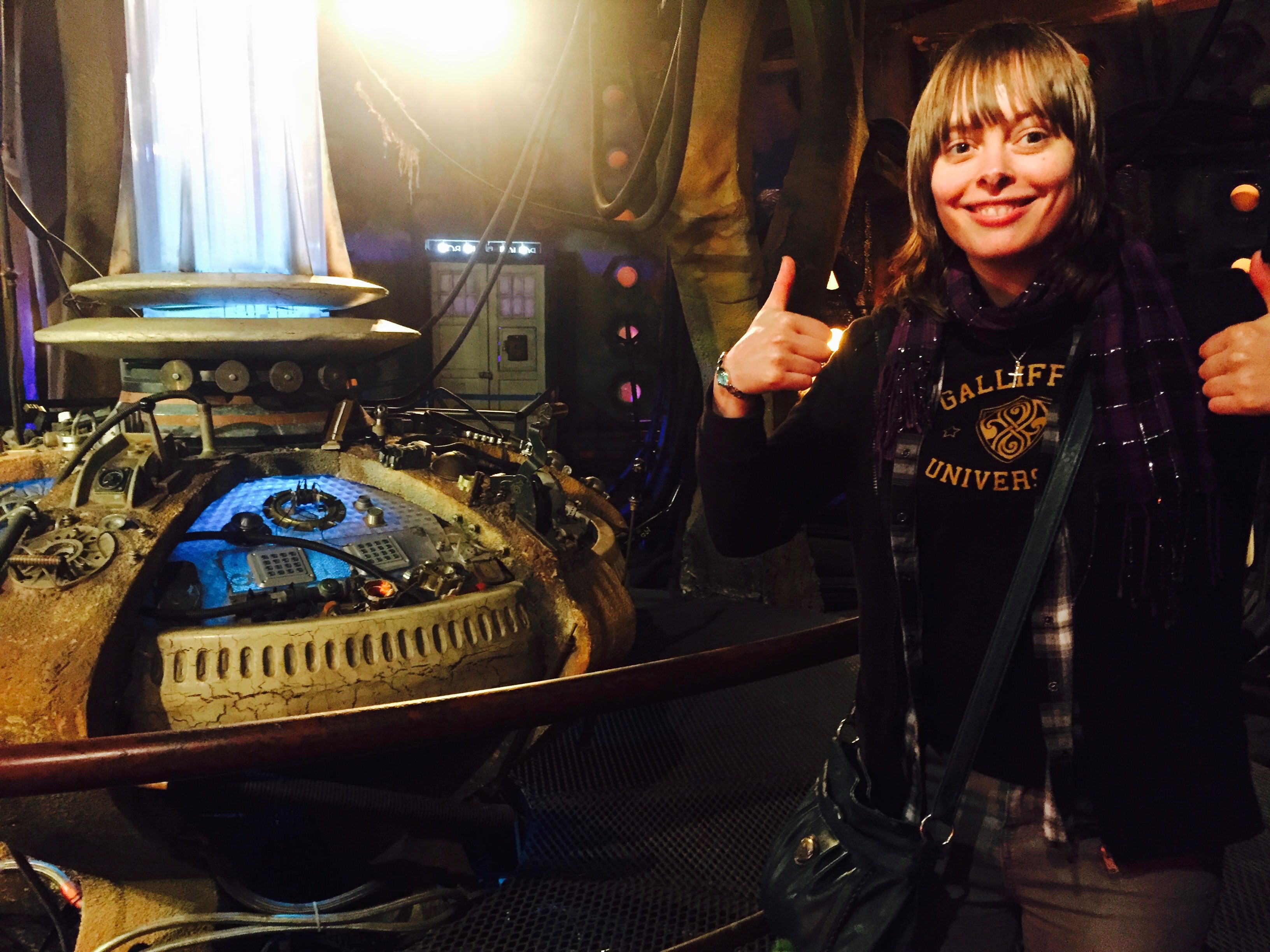 2. You get to see THE bowtie. Bowties are cool. 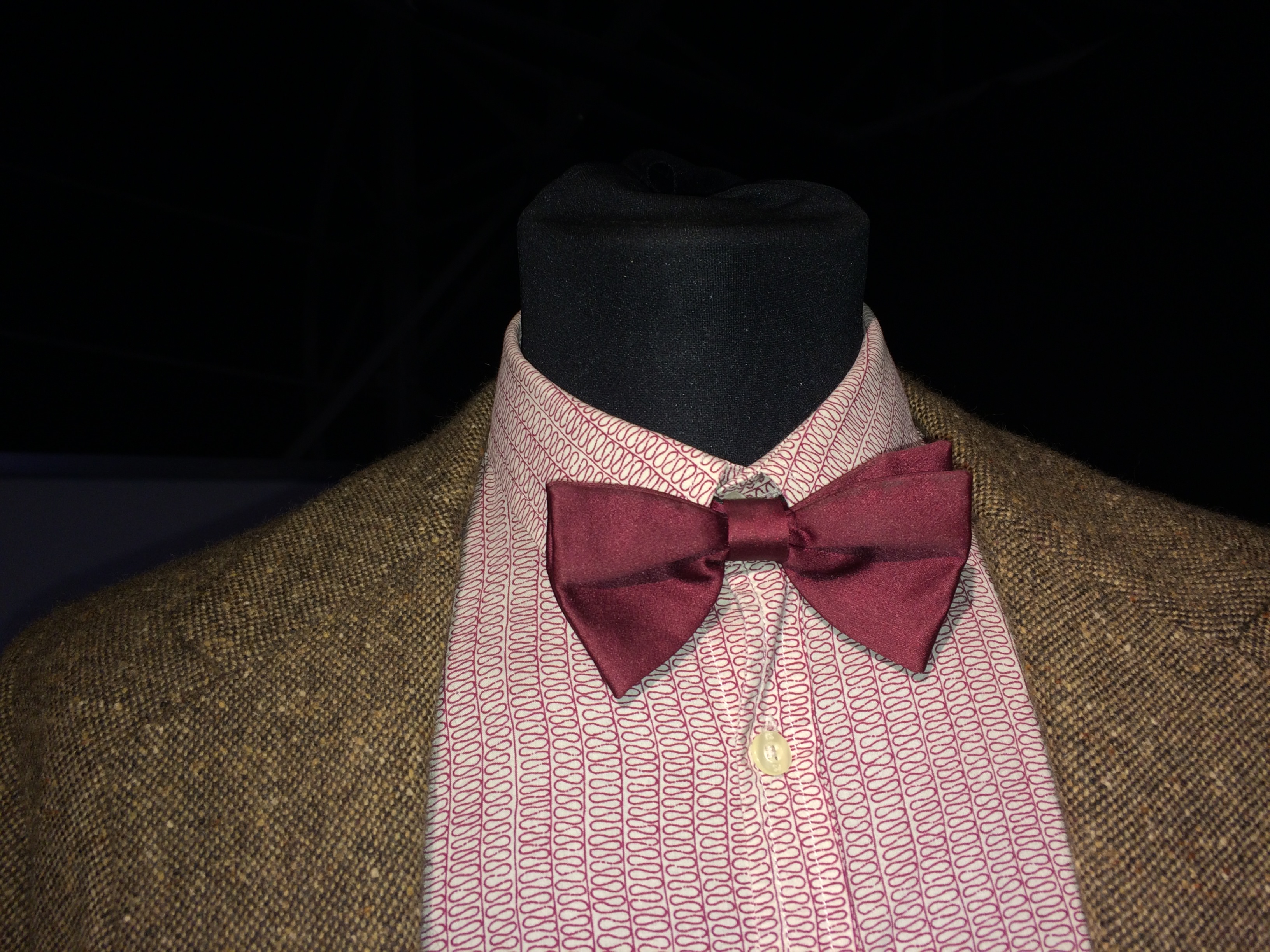 3. THERE IS A DALEK YOU CAN CLIMB INTO AND MOVE THE PLUNGER AND LASER THINGIES OF. Which resulted in this:

All in all, in was pretty darn – to quote the Ninth Doctor – fantastic. If you love the show and haven’t been yet, I would HIGHLY RECOMMEND it. I mean, you can tell how exciting it was by all the capitals I’M STILL USING TO EXPRESS IT. 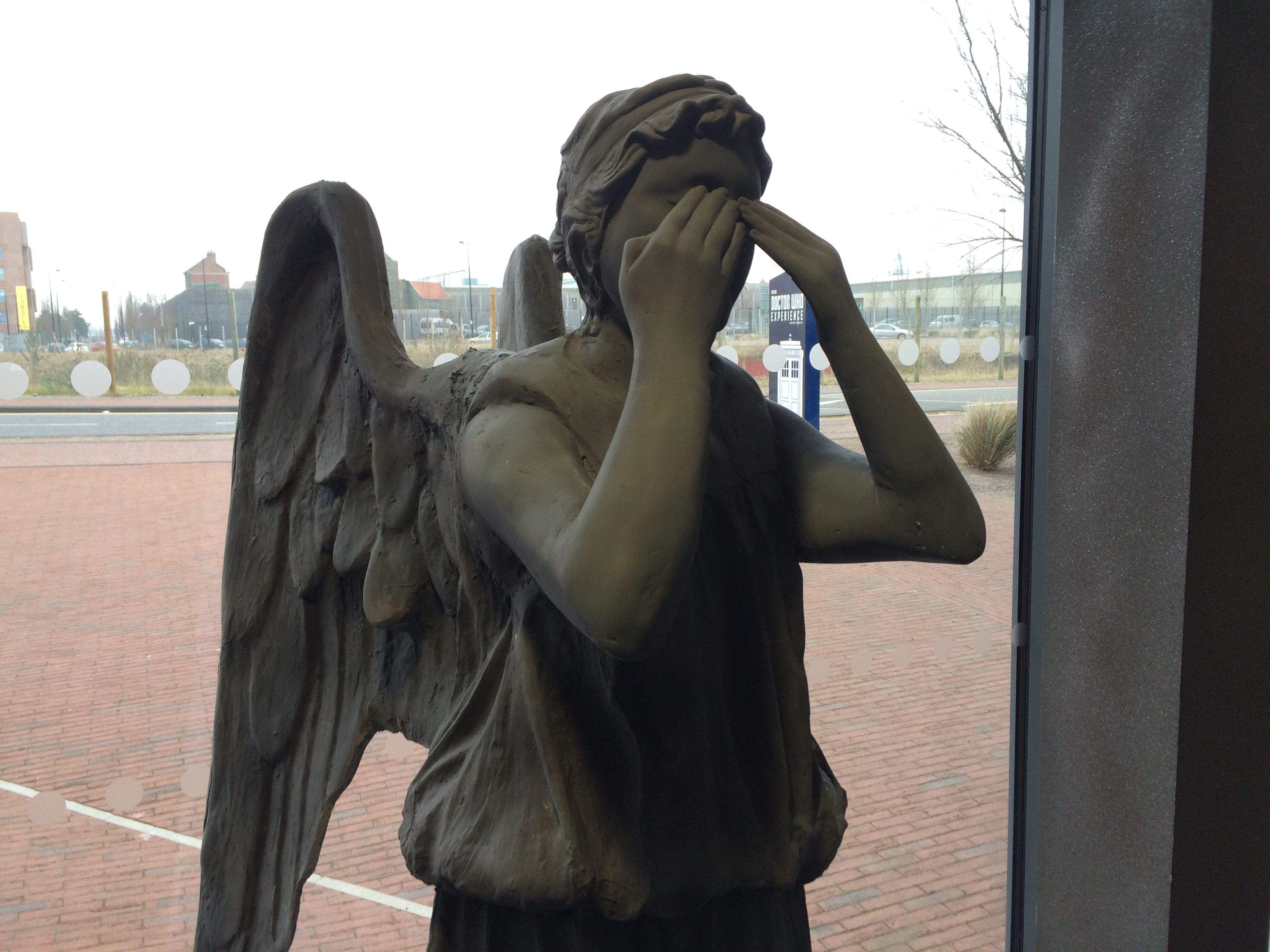