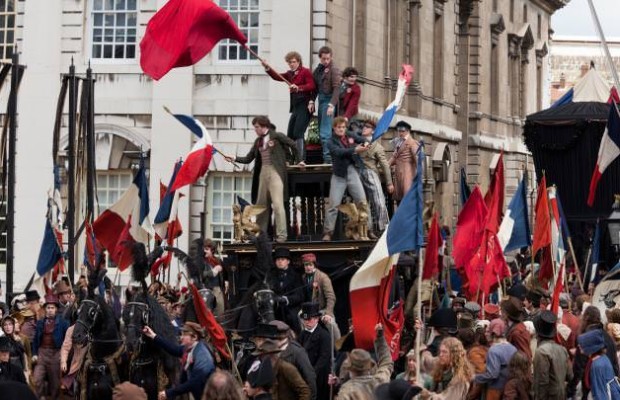 For this next blog, I thought I’d write about something I’d wondered about for a while, but which was recently brought to mind again upon seeing the Les Misérables movie. My question is simply this; why do long-running stage musicals need to be updated?

Several, often necessary, changes were made to Les Mis for its adaptation into film and, in this context, I completely understand the need – film is a totally different medium to live theatre, with different advantages and disadvantages. However, on repeat viewings of certain musicals live, I have often also noticed cuts and alterations, sometimes rather significant ones, despite said shows having run successfully for years (I’m not talking about necessary improvements made in the early life of a show). The three that come to mind here are The Phantom of the Opera, We Will Rock You and, of course, Les Misérables, although I’m sure there are others too.

To give some examples;
– In Phantom, they now use almost completely different lyrics to ‘Think of Me’ and the rehearsal scene seems to have changed a couple of times.
– In WWRY they redid the opening projection timeline and added more about Killer Queen’s back story, amongst other script changes.
– In Les Misérables, they have made various cuts and, most significantly, changed the entire orchestration.

Now, in the case of WWRY, in which many of the jokes revolve around popular culture, I understand the need to make changes to keep things more ‘current’. In Phantom and Les Mis, however, this doesn’t exactly apply. Both are set in the nineteenth century, so the cultural changes between the eighties, when they both opened, and now are surely not going to have a significant impact on an audience’s ability to ‘get’ either piece. It worked then and it’s been working since, as evidenced by the fact both shows are still running with large, devoted fanbases. Having seen both shows probably more times than I should, I would count myself as part of those fanbases and, being completely blunt and a tad dramatic about it, when they make significant changes to the script/music, it bugs the hell out of me!

As a self-confessed ‘repeat viewer’, I go to see a show again because I loved what I saw the first time. When I see something I’m not expecting, or something is missing, it jars and snaps me out of my absorption in the story. I’m not saying you can’t have an actor reinterpret things differently, but why, for example, is there the need to cut out a verse of a song, like in ‘Come to Me’, meaning the words don’t scan as well? Les Mis is a long show, but that saves, what, thirty seconds, and audiences in the eighties seemed able to sit through that extra half a minute quite happily. Again, when Javert and Valjean have their final confrontation, part of Valjean’s line – which, to me, is almost the pivotal moment of the show – has been cut; “Look down, Javert, he’s standing in his grave.” Then it simply stops, when before you had a key change, ramping up the emotional intensity, and the line, “Give way, Javert, there is a life to save.” This cut would save probably another five seconds.

I realise these alterations and others could be personal taste, but my point is, if something’s been running perfectly well for twenty odd years, and doesn’t depend upon relevance to current popular culture, why change it at all? Why cut bits out and why, oh, why, change what, in my humble opinion, are some of the greatest musical theatre orchestrations ever written? The original accompaniment to ‘On My Own’ is one of the most beautiful orchestrations I have ever heard and that song is possibly the most sung female solo in recent musical theatre history (okay, we could get into a big debate here, but you get my point) – it wasn’t crying out to be altered and I’m sure I’m not alone (lol, unintended pun) in being, shall we say, disgruntled that it has been. I appreciate that the pit orchestra was changed and I can’t comment on the reasons for this, having no knowledge of them – however, even with an altered setup, I wish the orchestrations had been made to sound as similar as possible to the original. When I first heard the new versions live last year, many parts sounded hollow, countermelodies were missing (‘What Have I Done?’ cello part, I’m looking at you!) and even underpinning harmonies had been changed, sometimes causing the melody to lose some of its emotional power.

Now, this little… rant (oh gosh, it’s turned into one of those, hasn’t it? Sorry!) may just be me being pernickety and precious about something I love (Les Mis is the reason I wanted to do musical theatre), but I think the thing that bugs me is I can’t understand why these changes were made at all? Who is it being changed for? I’m sure I can’t be the only repeat viewer who wants to see the same show again, can I? Surely others return because they liked what they saw the first time so much that they were willing to fork out a large amount of money to see it again? As I said, I like seeing new interpretations, different actors in roles, but I do not want to see a different show. I’d possibly dare to suggest that repeat viewers may be irritated and new viewers wouldn’t notice the difference – only whether they liked the piece as a whole – so why not stick with what’s tried and tested?

I realise the above assessment of the changes is just my opinion and I’m sure there are perfectly rational reasons why all these changes have been made… but I still want to ‘grr’ and shake an angry fist at them. Call me curmudgeonly, but I liked things the way they were. Okay, there we go, rant over. I feel better now I’ve said it, though.

P.S. The exception is ‘Little People’. Sorry Gavroche, but they were right to cut most of that 😉