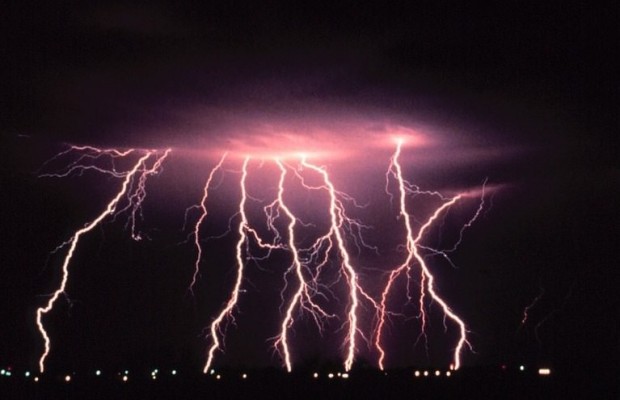 A few days ago, I came in late having been up to London to see a show. I had a touch of lady flu and was feeling pretty tired. I also had a recording session booked in for the next morning. All of this pointed towards the sensible thing being to go to sleep. My brain, however, had other ideas.

As I was getting ready for bed, I randomly started thinking again about an idea for a story I’d had a while back, but that was little more than a concept. Something clicked and by the time my head hit the pillow, I had the main character’s family background established and was buzzing with ideas about how this new world worked (it’s another fantasy, shockingly). It didn’t take long to realise that sleep had been pushed frustratingly beyond reach and the only solution was to get up, turn the light on and grab my notebook. Each idea then seemed to stream into another and sometimes I even had trouble writing them down fast enough. Many, many pages – and one and a half sleepless hours – later, I had roughly plotted out the story of what I hope, one day, will be another book. There were even some ideas on where the story might go after that.

Why am I writing about this?

Because it pretty much never happens like that! When people ask how I came up with the story for The In-Between, I’m not quite sure what to say because, in all honesty, I don’t entirely remember. That’s not to say there weren’t things I know I was influenced by or times when parts of the story snapped into place, but more that there definitely wasn’t one magical moment when it all appeared. It certainly didn’t arrive fully formed. In fact, it began with at least two years of mulling over the initial concept while I worked on my first show, Faerytale, and did the first year of my degree. Then there was another two years of writing and re-writing it, once I’d started. [I even wrote a blog about this here.] Now, five drafts later, it’s changed significantly and, if it goes into production, it will probably change again a bit (okay, probably a lot, but I can hope!).

The same thing could be said for the other book I’ve been writing [more about that here]. Drafts one to four took about eight months to write, which I guess is quite quick for a book – but that was on the back of five years of having that idea in my head and gradually, slowly, building it up. I know it really was that long because it was an idea I’d had before I even started writing The In-Between and I’d had to decide which to turn into a musical first (The In-Between won because it was more practical for a show).

Trying to write a story the size of a musical or a book is a strange process. I think the thing you don’t (or I, at least, didn’t) realise before you first try is how much grit and sheer determination has to go into it. With shows that are on in the West End, and with books and movies and TV programmes, what we are exposed to is the finished, polished product – and if you’re at all like me, it will often seem a bit magical and somehow heightened and other compared to real life. It’s a wonderful wonderful thing – but for anyone with the slightest inkling to be creative themselves, it can also be bloomin’ daunting.

I distinctly remember a time when I was trying to write my first show and I needed a big song for the female lead. It had to have a melody that would move you all by itself, on first listening, and lyrics that would break your heart.

I sat at my piano and you know what kept popping into my head? “Whatever I write, it will never be as good as ‘On My Own’ – and that’s already been written, so I can’t write that.” It sounds ridiculous, but that’s the absolute truth. I was looking at the bar for what that kind of song could be and staring at the piano, willing some kind of supernatural inspiration to strike and allow me to write a song that was just as, well, perfect. Preferably, in the reasonable time period of about the next thirty minutes.

It did not happen.

Not even a fairy light.

Other than the events described at the beginning of this blog, the only other massive lightning bolt moment I can recall clearly is writing ‘Beyond the Door’. A large chunk of it popped into my head whilst sitting on Richmond train station! Yes, there have been other times when I’ve felt inspired (I feel a bit cheesy just saying that), but it’s usually with small things – things I just happen to have been mulling over a lot already. Sometimes, it’s a solution plot point that’s been a problem or a new aspect to a character that could be developed. It might be only an idea for a single line of dialogue. (And for some reason, it always seems to happen to me when I’m trying to go to sleep!)

The thing is, though, that the reason I don’t have a lightning bolt memory for The In-Between is that most of the story came from hours and hours (and hours) of writing and working on it, and thinking about it, during which it developed, tiny bit by tiny bit. The song I was trying to write when I had what we’ll call my “On My Own Complex”, is now my favourite from Faerytale, [you can hear it here if you’re interested!] but it didn’t take just thirty minutes to write. It was quite a while ago now, but I’m fairly sure it took hours. On many separate occasions. I do not claim that it is at all in the same league as ‘On My Own’ – but I also now suspect that that song took hours to write, on many separate occasions too. [Okay, I have no factual basis for that, but I like to think so.]

What’s the point of me saying all this? Just a little encouragement, I hope, to others who also feel the need to write stories about things that aren’t real, but are feeling bereft of their own dazzling lightning bolt. Sometimes they happen, and sometimes they’re great. More often than not, I’ve found the real place ideas come from, and develop in, is just time and a lot of thinking “what if?”. The other thing is that ideas – though important – are not everything by themselves. The real work is turning that idea into something with consistency, continuity and that’s understandable (to a reasonable degree) to other human beings.