It probably won’t come as much of a shock that I love reading fiction books. I have done since I was little. Like for a lot of people, the big kickstarter for me was Harry Potter & the Philospher’s Stone, but there have been several over the years which have worked their way into my heart, captivating me and making me want to be a wizard/dragon rider/child genius/delete as applicable as they go. There are so many books – well, series, these are mainly going to be series – that I could write about here, but these are just a few of my very enduring favourites. I realise they may not all be particularly revolutionary choices, but, well, there we go. Popular books are often popular for very good reasons. So, in no particular ranking order (because that would be too stressful)… 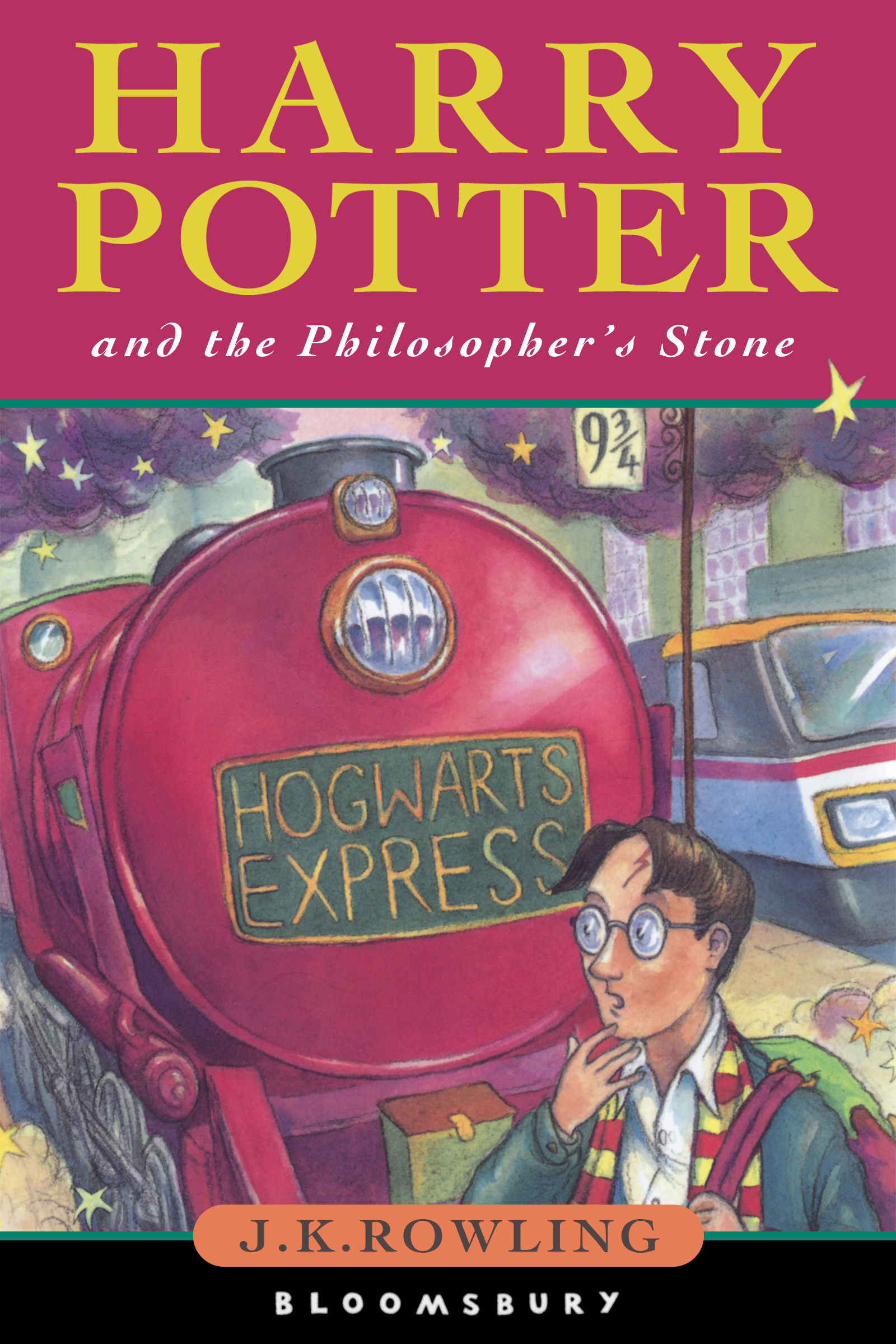 the ALL OF THEM – J.K. Rowling
As I mentioned above, Harry Potter was a big part of starting my love of reading. I did read before Philosopher’s Stone came along, but that book was the first time a story had so entranced me that I had to abandon all else and compulsively read it to the end. I was 10 at the time and have a vivid memory of hiding behind the back of our old sofa, reading it solidly for hours. It was utterly, well, magical. I wanted Hogwarts to be real and wanted to be friends with Harry, Ron and Hermione (pronounced ‘Her-mee-own-ee’). I got to the end and was sad at the first reality check that they weren’t real people. Barring a brief pause at Chamber of Secrets because the basilisk scared the crap out of me – I was a ‘check for monsters under the bed’ kind of child – I have read each successive book just as compulsively. I’m not sure I could pick a favourite, maybe Goblet of Fire… but it’s the story as a whole, isn’t it? That huge, remarkable arc, planned out right from the beginning. It’s those characters, that world. In short, J.K. Rowling is a genius. A wonderful, wonderful genius. 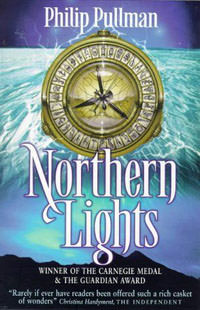 ip Pullman
The first book I read after Philosopher’s Stone was Northern Lights, the opening salvo in the His Dark Materials trilogy. I can’t remember who recommended it, but Harry Potter had left me hungry for another addictive read and it was one of those ‘if you loved that, you’ll love this’ suggestions. It was a good suggestion. I did love it and it cemented my growing love of fantasy and science fiction in general. I mean, who wouldn’t want see the parallel worlds it described and have their own daemon? (For the uninitiated, it’s kind of like an animal personification of your soul that can change shape and talk to you… and it sounds a lot less weird when Philip Pullman explains it.) This series is like a master-class in imagination. I was hooked. And, as it progressed, it also became a master-class in emotion. Oh, yes, THE EMOTION. I don’t want to spoiler, but THAT scene on the beach near the end… 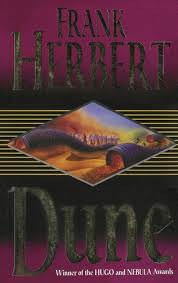 Dune – Frank Herbert
Epic. Space. Opera. Need I say more? Okay, I probably should. Dune is set in the far future, when humanity has spread out across the stars, and is the ‘chosen one’ of all ‘chosen one’ stories. Its protagonist is Paul, the fifteen-year-old heir to the royal House Atreides. He’s the son of a Duke and a Bene Gesserit – a member of a secret sisterhood who like to practice various semi-magical-ish things like mind control – and let’s just say he has definite potential for some unique powers of his own. Things really kick off when the Atreides family move to the desert planet of Arrakis (which just sounds cool, doesn’t it?) to rule and oversee mining operations of spice – a mind altering drug that can elongate life and also do interesting things to people with burgeoning psychic powers. Cue political intrigue with rival houses, prophesies, betrayal, love, loss… Dune is just EPIC. Although the original is my favourite, it also spawned numerous sequels and two brilliant prequel series (written by Herbert’s son Brian with Kevin J. Anderson).

The Black Magician Trilogy – Trudi Canavan
Beginning with The Magicians’ Guild, The Black Magician is a seriously awesome fantasy series telling the story of Sonea, a girl born in the slums of Imardin, who starts developing magical powers. The thing is, only the rich are traditionally accepted into the Magicians’ Guild to be trained and if you’re not trained, you can lose control of your powers and become incredibly dangerous. Not to give too much away, but thus follows many adventures in a complex and brilliantly drawn fictional world, with a very cool magical system. Definitely an addictive read. [On a side note, I’d also highly recommend Canavan’s Age of Five series, which is equally awesome.] 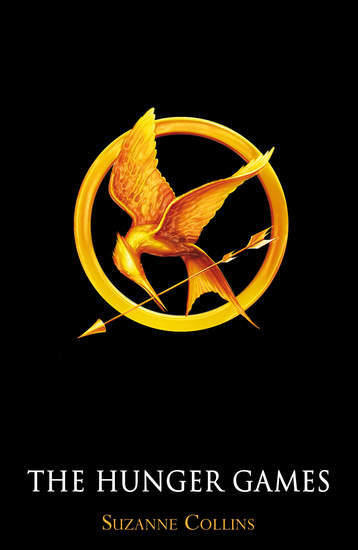 The Hunger Games Trilogy – Suzanne Collins
Okay, so not a particularly original choice, but I unashamedly LOVE The Hunger Games. I love all three books, from start to finish, and I think the whole thing is a work of genius on many levels. It was one of those series where as soon as I finished the first, I had to purposefully drive into town to buy the second two right away. For those who have somehow avoided knowledge of the series or its movies so far (and if you have, seriously, how?), it is set in the futuristic dystopia of Panem; made up of the ruling Capitol and the outlying twelve Districts which serve and supply it. Every year twenty-four ‘tributes’ between the ages of 12 and 18 are chosen from the Districts to compete in a televised fight-to-the-death for the Capitol’s entertainment and as a punishment for an uprising seventy-four years earlier. Main character Katniss Everdeen ‘volunteers as tribute’ in place of her little sister Prim when Prim’s name is selected and the rest, as they say, is history… The Hunger Games is brilliantly crafted, overwhelmingly moving and so good in the way it doesn’t shy away from big issues, or the real consequences and aftermath of what its characters have been through. It is an utterly immersive read because the world Collins draws feels real. The people feel real. Katniss feels REAL. I said I wasn’t going to rank these books, but if you really pushed me… it’s possible I would say The Hunger Games would come out on top for me – although it would probably have to fight Harry Potter every now and then for the mantle.

Right, well, that’s it for now. As I said, this list is by no means exhaustive of my favourite books, just a snippet. If it wasn’t a snippet, I could go on for a very long time… which wouldn’t be good for either of us.