I’m going to be honest and admit something here; sometimes I’m not one hundred percent sure what YA (or young adult) as a category of book actually is. I know that may sound strange coming from someone who’s both a huge fan of reading it and also attempting to be a YA author, but I don’t think the labelling is always that clear cut. Sure, we could make a start by saying maybe YA is simply literature targeted at the young adult demographic (ignoring the further debate this incites about what specific ages count as ‘young adult’), but it is also often used as a genre description in itself, alongside plot-based groupings like crime or fantasy. The matter is also further complicated by the fact that a significant number – if not a majority – of YA readers are actually older than the supposed target audience (myself included!).

So, in one sentence, what is YA? …No, I couldn’t give a quick answer.

It’s a question I had to think a great deal about, though, when deciding how to classify my recent book Echoes. It’s a cyber thriller about a sixteen year old computer hacker and I initially called it YA. But, when I gave it to the first few test readers something interesting happened. They were split on where to place it. Some agreed that it was firmly YA, whereas others questioned that, saying they thought it was an adult thriller. There was also not a consensus on the reasons why. 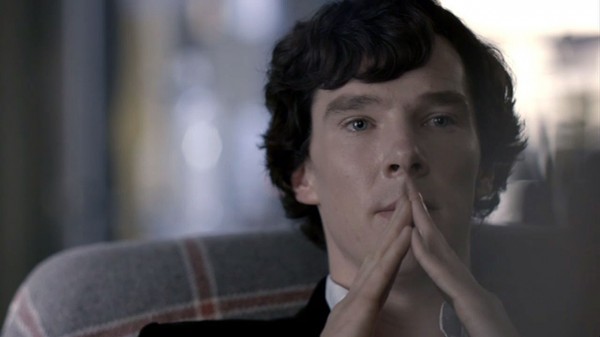 If describing YA as anything written for young adults feels like it doesn’t entirely hit the mark, another option could be that YA is defined not by its readers’ age, but by that of its protagonists. In fact, this seems to fit more readily with the similarly ambiguous new adult or NA labelling. In YA your protagonist is roughly fourteen to eighteen and in NA they are nineteen to twenty-five. But then this, too, has its problems. For starters, those age boundaries could be argued over, and what do we do with series where the main characters grow up throughout? Does Harry Potter start out middle grade and end up as YA? And what about series like Frank Herbert’s Dune or Anne McCaffrey’s Dragonriders of Pern, where the protagonist is a teenager, but both are classed firmly as adult science fiction?

I think, in reality, what YA is changes depending on who you ask – as happened with my early Echoes readers. It means different things to different people and so it doesn’t always have hard and fast rules. Most popular media generally seems to class YA as some combination of the above; either a teen protagonist or a story aimed at teens, or both. Still, to me, it feels like there is some kind of indefinable quality about it which is lacking in that. Maybe the question should be what does YA mean to each of us individually? What does it mean to me? Why is it that I like lots of books that are specifically YA, even when story-wise they are spread across a variety of other genres?

You could say that, in one sense, detailed discussions about definition don’t really matter. If you like a book you like it, if you don’t you don’t, whatever it’s labelled as – and if it was just for me, I think I would leave it there. I like reading lots of YA and I am okay with not being able to always explain the specifics of why. The thing was, Echoes did need to be put in a box. First for my agent, for taking it to publishers, and then in my own marketing for self-publishing, I had to give Echoes a label. It was rule number one in pretty much everything I’d read about publishing. You have to somehow tell people the essence of what your book going to be like within a few words and saying ‘YA, but also kind of adult crossover cyber thriller’ was sadly lacking a catchy ring.

In the end, I went with my gut and stuck with YA. Firstly, I did this because of the kinds of books I would put it alongside if I had to shelve it in a shop or library. Classifications are there primarily to help readers decide if a certain book might be something they’d likely enjoy, so it helped to think what other stories I would group it with, even if I couldn’t say exactly why. Secondly, I did it because of the kind of journey the main character Mallory goes on. It is with this second reason that I think we may be getting closer to classifying YA beyond arbitrary age considerations, to getting to the crux of why it matters so much to me (and, I think, a lot of others). Here’s the thing; the protagonists in YA stories are often at very important, transitional stages in their lives. Whatever ages you would define as ‘young adult’, what a lot of these later teen characters have in common is that they can go on huge emotional journeys of learning and development that they wouldn’t experience the same way at any other stage of life. They are often incredibly versatile in terms of the stories you can take them on and this is probably why I find myself repeatedly drawn back to writing them. With a YA protagonist, you can still have strands and ties of childhood to be dealt with, at the same time as you can have people growing up and making new choices. You can have this mix of childlike dependence on family alongside a growing, independent maturity – and the change you can see in your characters as a result is huge. There are so many story possibilities and so many important issues about, well, life in general that can be addressed through it.

I think it is this transitional element, the so called coming-of-age thread (in whatever form it may take), that begins to define YA as something special. And, part of the reason that type of story is so appealing to so many is that it can be a very emotive time of life to go through and not just read about. It is often a time of discovering who you are outside of who you have been brought up to be, of deciding what you really care about, what you are passionate about and what you will aim for in life. Maybe part of the reason it’s so difficult to classify YA is because this kind of journey resonates with people of all ages, whether they are looking back on their own, still going through it or even approaching it. It is a time of possibility and opportunity, of mistakes and lessons (hopefully) learned. It is this kind of journey, this stage of life, that Mallory is going through in Echoes; there is independence and self-discovery and there are most definitely mistakes.

What is YA? I’m still not sure I know, but I guess that is a little of what it means to me.